Posted on November 4, 2015 By Natalie Hunter 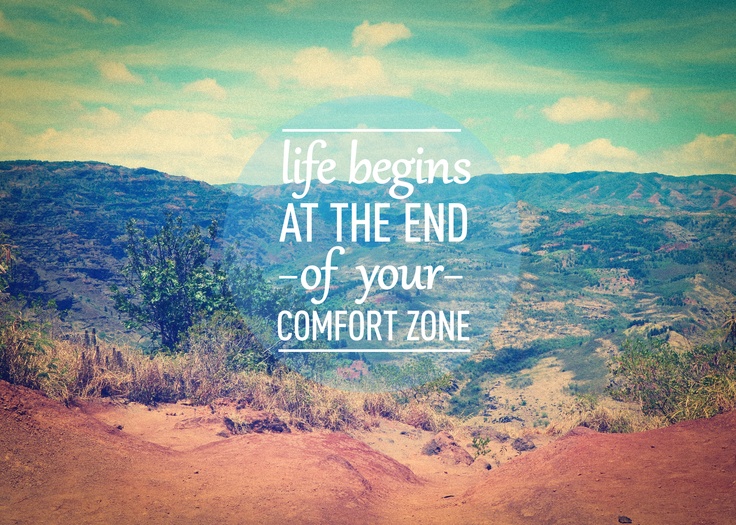 “Hmm, that’s weird… the gas light is on again,” I mumble to myself.

I just filled up the tank two hours ago, and I’ve only driven about 250 miles. Normally a tank will last for at least 350 miles before the light comes on. I guess I’ll pull off at the next exit and fill up again. I’m driving by myself from Tucson to San Diego today. Rachel decided to stay in Tucson for an extra day to visit with her friends and is flying to meet me tomorrow.

I’m in the middle of nowhere Arizona, right next to the Mexican border. I passed through three border patrol stations; which are basically checkpoints where the agents ask you where you came from, where you’re going and if you’re smuggling any people or drugs in your backseat. Each time I stopped, the agents looked skeptically at my overflowing car and asked me a few more questions than normal. I guess it didn’t help that when one agent said “What do you do for a living?” I answered with an uncertain “Um… I guess I’m kind of a travel blogger?” Apparently, this is not the sort of response they’re looking for. Yet despite my questionable answers, overflowing vehicle and barking dogs, I was allowed to continue my journey to California.

As I’m approaching the state-line, I start to see huge windmills dotting the horizon, cloudless skies and a mountain line in the distance. “We’re home puppies!” I exclaim to the dogs, who are sleeping in the back of the SUV. I moved around a lot as a kid, but I consider California my home. My mom was always adamant that no matter where we lived, we would go back to visit family in California every summer. Some of my favorite childhood memories take place against the backdrop of the Santa Cruz tide-pools. I know that we’re only going to be here for a couple weeks, but I’m still overcome with excitement to be home. 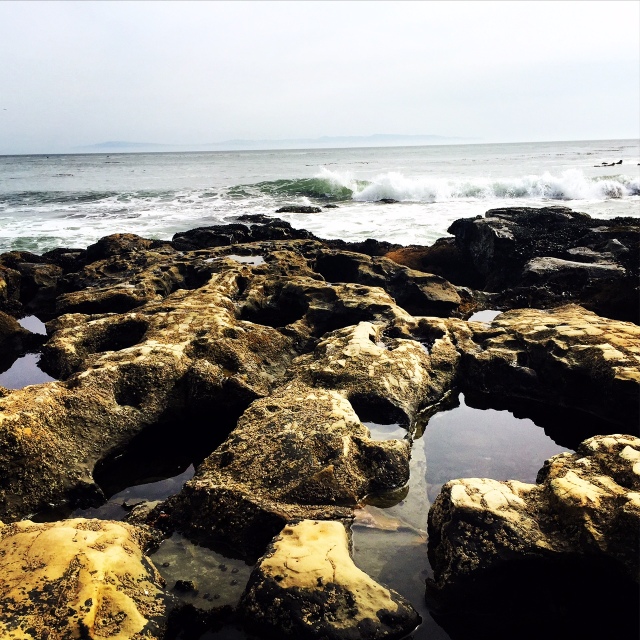 I’m quickly snapped out of my California daydreams by the sound of my RPM’s skyrocketing. I have the cruise control set at 78 mph but all of a sudden my RPM’s are around 5,000, rather than the typical 2,500. “Oh no,” I think to myself, “I’m three hours from San Diego, by myself, and I have a car full of stuff… this isn’t going to be good.”

I drove the next few hours with a sense of heightened awareness. Paying attention to every little nuance my car had to offer. I made it to San Diego safely, but based on the noise, the lagging acceleration and the rapid decrease in MPG’s, it was clear that something was wrong.

“We’re not exactly sure what it is,” Ryan, the Toyota guy, says “it might be the exhaust, the brakes, or the transmission. Prepare yourself to spend around $3.5k.”

“Ugh,” I think to myself as the wheels of panic started to turn in my mind, “that’s a major financial hit, and we haven’t even left the country yet!” I take a deep breath and try to quiet my mind. When I signed up for this adventure, I knew there would be bumps in the road, I just didn’t think they’d come so soon.

“Two days.” Toyota-Ryan says. “I’ll get it done as quickly as I can, but I need at least two days to figure out everything that’s going on with the car.”

I take a deep breath, and try to look at the bright side of this equation – I could’ve been stranded alone in the desert, but I wasn’t, I made it to my sister’s house in San Diego and my car will be fixed in two days. Besides, there are worse places to be stuck than San Diego, California.

When Rachel arrives, we try to make the most of our time with my sister, Katie, and brother-in-law, Nick. Their house is a cozy, warm and welcoming California bungalow. And if you’re not familiar with the definition of a bungalow, I’m pretty sure it means – a home that is entirely too small for four people, four dogs and three cats. You guessed it, Katie and Nick are animal lovers too.

That night, I’m about to head to bed on the couch when I notice that Nimitz won’t stop whining, crying and staring under the TV stand. If you’ve met Nimitz, you know that this is his universal language for “I put my tennis ball under here and now I can’t get it… help me!” So I get up, walk over to the TV stand and reach my hand underneath. I start feeling around for the fuzzy, familiar shape of a tennis ball, when I touch it. It’s hairy and wiry, and it’s definitely not a tennis ball.

I quickly make my way to the master bedroom and knock, “Um… Nick!” I say franticly, “I just touched something under the TV stand and I don’t know what it is but it was hairy and it moved!” Nick, being the big, strong, navy-man that he is, jumped into action and went out into the living room, where he discovered what was under the TV stand…  a rat.

Rachel and I bolted into the spare bedroom, shut the door, and jumped onto the bed. It turns out that there’s a limit to our bravery, and that limit is a rat. 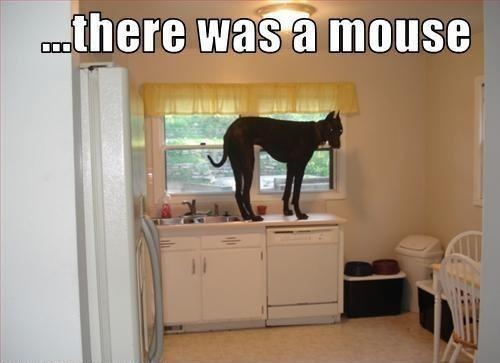 This was basically us…

From inside the spare room we hear Nick, Katie (who’s apparently much tougher than we are) and the dogs working feverishly to corner the rat.

“Wait, he went behind the couch!”

A few minutes go by with this soundtrack before I hear Nick say, “Oh, ok… Problem solved!”

Rachel and I yell from the spare bedroom “Is it safe to come out?” and after several assurances from Nick, we finally emerge. I walk into the living room and ask, “What happened?” then Katie and Nick filled us in on how the rat raced from the couch to the buffet and back to the TV stand before he realized he was cornered. Then he tried to make a break for it! He ran across the living room towards the front door when – bam! Mugsy nabbed him. I won’t describe what happened next, but let’s just say – the rat is no more.

We spend the next few minutes laughing as we recount the whole scene – Nimitz’s bloodhound-like nose, Mugsy’s fearlessness and the two self-proclaimed “adventurers” hiding in the guest room. After that it’s time for bed, so I wash my hands for the 37th time and lay down on the couch. Like I do every night, I write out a prayer to God. I thank him for time with my sister, and ask him to take care of the little rat’s soul. I like to think that all of God’s creatures have a place in His kingdom, even the icky ones. And finally, I ask God to help with my car. I tell Him that I’ll spend my money however He sees fit, but it would be great if it weren’t on a new transmission!

The next morning, I get a call from Ryan, who tells me that my car is done and he even threw in an oil change for free.

“Well,” he says with an upbeat tone, “it wasn’t nearly as bad as we expected. Just a simple exhaust leak that we could fix in-house! It’s only $483.”

“Now that’s a number I can handle!” I hang up the phone and tell Rachel the news. We’re both visibly relieved and after we pick up the car we decide to celebrate with lunch in San Diego.

When we get back to Katie’s house, I check the mail and some of it’s for me. I nonchalantly open the first letter, and when I look at it, I gasp.

I look over at her, holding the envelope in my hand and a smile spreads across my face. “It’s a check…” I say, “for 492 dollars.” I stare at the check in amazement, “I guess I overpaid my personal property taxes a few months ago.” We both laugh and know that this was no coincidence. 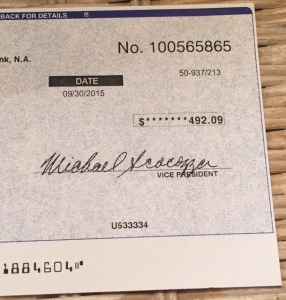 That evening, I laid down and wrote out my nightly prayer. I thanked God for all of the ways he blesses me, but mostly, I thanked him for the beauty of the unexpected. It comes in many forms, sometimes it’s a rat when you expect a tennis ball; but sometimes, it’s a check for the exact amount you needed, right when you needed it. I have a feeling that there will be many more unexpected moments on this journey, and that’s ok. All I need to do is have a little faith, lean in and embrace them.

← Learning to Embrace a New Normal
What Would You Do? →

4 Comments on “Embracing the Unexpected”

Catch up on our posts