He is gangly, unkempt and expressionless. Over a camouflaged jacket are slung a few bags, carrying what I imagine is everything he owns.

I’ve seen a lot of homeless people in the 24 hours I’ve been in San Francisco and each time my heart aches a little. Over the years I’ve met, given money to, prayed with and befriended several people in the same position. I think of Eric, Deocito and countless other African American men I came to know through volunteering weekly at my Church’s soup kitchen.

Perhaps that’s why I feel a certain connection to this man.

As he approaches, I try to make eye contact and smile; something homeless people tell me they rarely, if ever experience, but he stares straight ahead.

When he is about 15 feet away from me an empty soda can falls out of his bag behind him. He turns briefly but decides it’s not worth going back for and continues walking.

I decide to pick it up after I pass him, but before I do, I make one final attempt at eye contact.

Nada. He doesn’t look at me. But instead I hear an unmistakable sound. And then I see it. In seemingly slow motion, a white ball of spit comes flying in my direction. It arcs in front of me and I watch in amazement as it descends and lands perfectly on top of my right tennis shoe. Then it disappears into the cloth.

Wait, did I just get spit on?

I search the ground around my feet wondering if perhaps my eyes played tricks on me but there is no evidence of any wetness on the pavement. Nope, this guy definitely just spit on me.

As I try to process what just happened my mind races. First with indignation; what did I do to deserve that? Then, when the initial anger subsides I think immediately of other people I know who have experienced something similar – in particular, Jesus, civil rights activists and Vietnam veterans. I feel sad, knowing many endured far worse than this and they didn’t deserve it. And finally, I am simply in awe. How in the world did he manage to hit my foot with such accuracy? Does he practice spitting with moving targets regularly, or was this just his lucky day?

I say out loud the only thing that comes to mind. “Seriously?!”

I turn around, hoping for some sort of acknowledgement, if not an apology. But he’s already well past me, nonchalantly strolling down the street. It’s as if he’s completely unaware of my presence or he’s simply relegated my worth as a human being to nothing more than a spittoon.

The feisty, fearless part of me wants to confront this man, question his actions and give him a piece of my mind. The logical, realistic part of me knows doing so is not safe, smart or likely to accomplish anything constructive.

I’m struggling with an urge to respond in some way when I recall that incredibly difficult and unpopular Bible verse: “When someone strikes you on your right cheek, turn the other one to him as well.” (Matthew 5:39)

There’s no way I’m running after this guy and offering him my left foot to spit on, but I remember another verse in Matthew Chapter 5 that talks about loving your enemies and praying for those who persecute you.

So, I pray and ask Him to bless this homeless man, whoever he is.

There was a time in the not too distant past when someone spitting on me would have ruined my day, or at least my morning. But now there’s a resiliency inside of me because I know who I am in Christ. That no matter what other people say or do, I am invaluable because I am made in the image of God and loved unconditionally by Him.

As I continue walking I can’t help but think of the giant Red wood trees Natalie and I saw only a few days earlier. 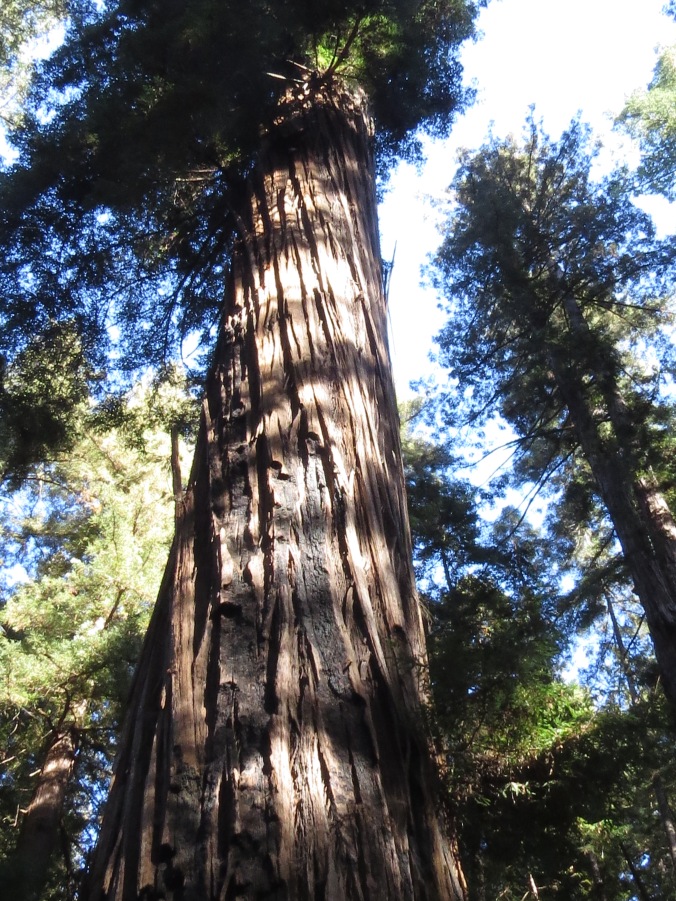 Besides being majestic, enormous and ancient, I learned that because of the tannin in their bark, they are supernaturally resistant to insects, fire, fungus and disease. I like to think of God as a “tannin” of sorts – giving me thicker skin and protecting me from some of the evil and hate in this world.

Of course, there are some things that can and do hurt me, just like a strong enough fire will damage a Redwood. We saw this firsthand with one particular tree. There was a large opening along the base where the blaze had burned through the thick trunk and hollowed out a 8-foot-wide and 25-foot-tall space within it.

The park guide told us that one hundred years ago this space was actually used as a “hotel room” of sorts that people could rent to literally sleep in a tree. 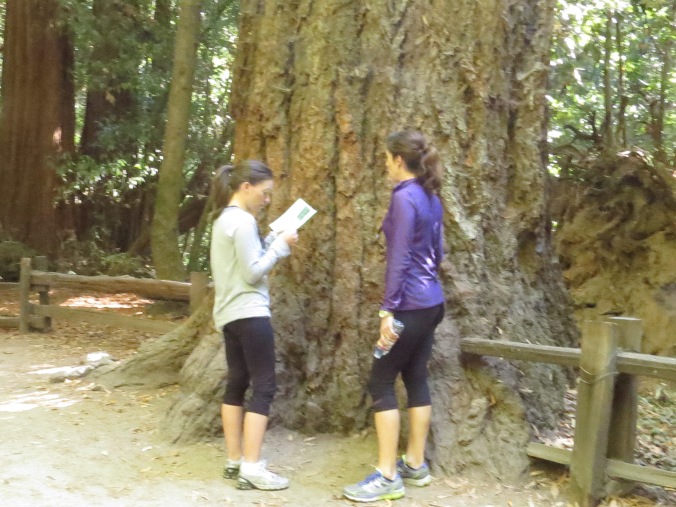 Today, visitors can step inside to explore the space, which Natalie and I did.

But it won’t be this way for too long (relatively speaking). The guide told us that Redwoods heal themselves from the outside in and within 60 to 80 years, this opening will no longer exist, though the hole inside the tree will remain forever.

I kind of think the same is true for me. Going through a divorce was like a fire that penetrated my heart, leaving me open, vulnerable and hollow inside.

But God has and continues to heal me. And the new space in my heart has given me a greater capacity to be filled by God’s love and share it with others.

Which I think I have. Or at least I try to.

When I tell Natalie about the spitting experience, I do so with more amusement than anything else. Like me, she’s fairly shocked by the story, but considering San Francisco is a city where people to this day walk around completely nude, I guess we shouldn’t be.

I had all but forgotten the incident until just the other night when we watched the movie, “My Big Fat Greek Wedding.” If you’ve ever seen this movie, you may remember there are two scenes in it where people get spit on….and it’s a good thing! Apparently in the Greek culture, it is a way to ward off the devil and wish someone luck or bless them.

While I’m pretty confident this homeless man didn’t spit on me with the same intent, it did bring a smile to my face and offered me a fresh perspective. Though it didn’t seem like it at the time, perhaps this experience really was a blessing in disguise. After all, it challenged me to a greater level of humility, allowed me to empathize with others in a new way and ultimately, offered me a chance to demonstrate Christ-like love and forgiveness.

I don’t know if I’ll ever get to the point where I want to be spit on or slapped in the check for that matter. But I hope I do become the kind of person that is willing to turn the other one. That I am willing to suffer if necessary, knowing that in doing so I am united with the sufferings of Christ.

Because even when I am burned and left empty and exposed by a “fire,” I know that God can heal me, if I let him. It may happen slowly, I may never be the same on the inside, but I truly believe this is how it’s supposed to be. After all, the empty place in my heart doesn’t have to be a wasteland of pain, regret and bitterness. It can become a storehouse of God’s love, mercy, peace and joy.

And that is a good thing. 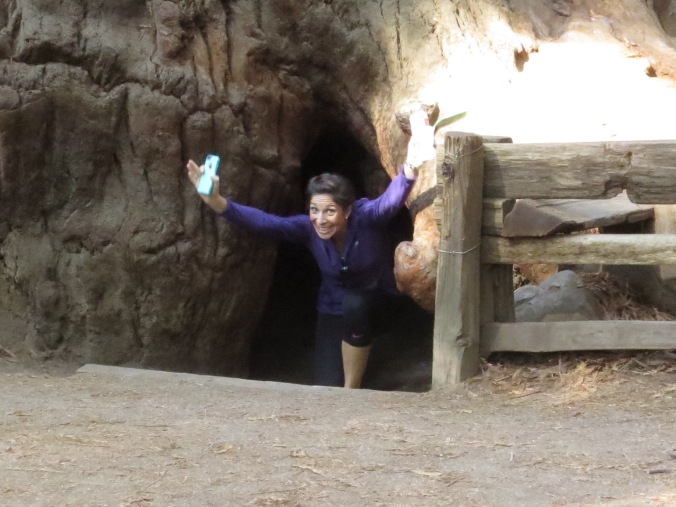 2 thoughts on “What Would You Do?”