I look out over the crisp blue of the Caribbean Sea as the cool breeze blows against my skin, and for the first time in a while I feel – healthy, rested and balanced.

I’m sitting on the second floor deck of our hotel’s restaurant in Playa Blanca, Colombia. The view from up here is gorgeous, but every time someone walks by, the entire structure shakes. And it makes me wonder if I’m a few moments away from the entire thing crashing down. But the view is too good to move, so I stay.

We arrived in Cartagena, Colombia a few days ago with no agenda besides relaxation. Which might seem a little crazy, since “world-traveler” isn’t exactly a stressful job description. But in the past five weeks Rachel and I racked up some pretty impressive stats: 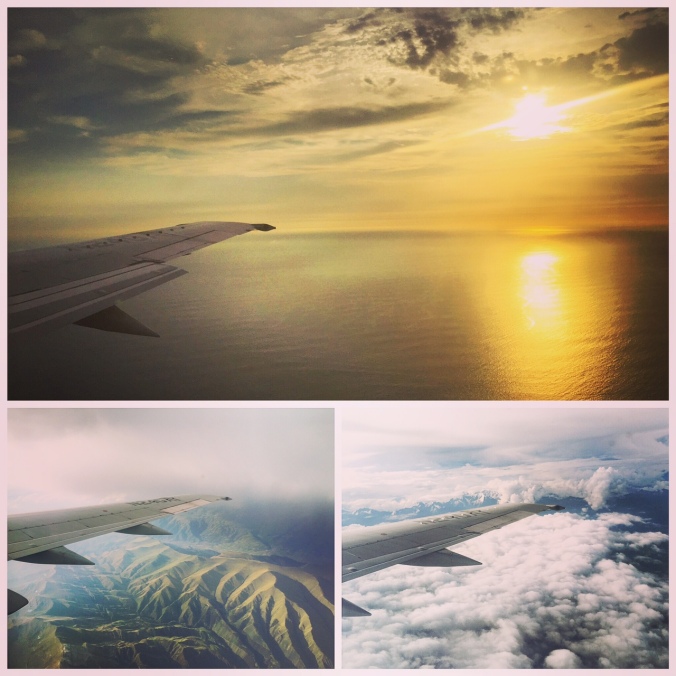 While all of this was amazing, we were craving a little rest and relaxation (and a few days without packing up our backpacks). Cartagena itself is a beautiful city, but everyone we met said that we needed to see the amazing beaches of the Rosario Islands – and they were right. The white-sand, the sparkling teal water and the coral reefs are spectacular. 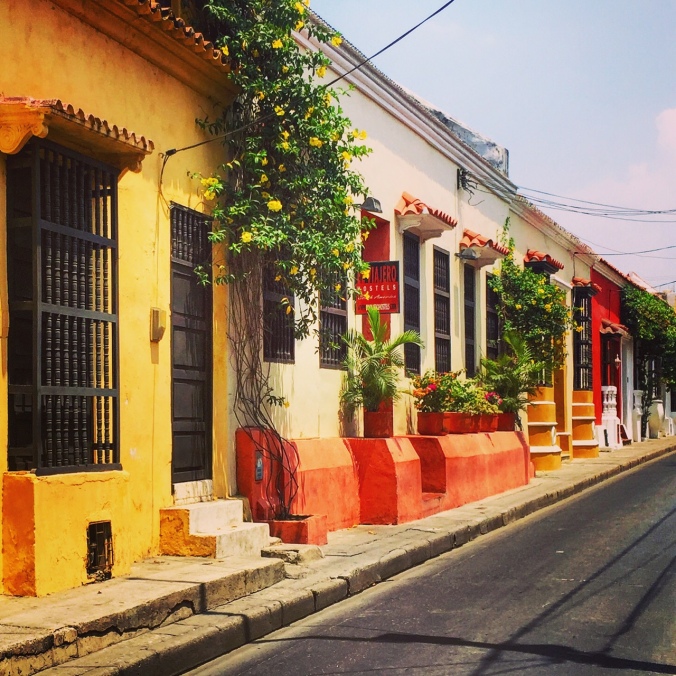 And that’s the view I’m enjoying now – a beautiful cove near Playa Blanca. We went for a swim this morning and found out that the water feels about as perfect as it looks, and it’s full of adorable little friends.

And though there’s nothing on the agenda for the next few days, I am hoping to accomplish one very, very important task – to even out my tan lines. I know this sounds pretty vain, but please withhold judgment until you see the extent of the damage:

How did I do this to myself you ask? Well, it all started about a week ago when Rachel and I decided to check an item off of our respective bucket lists and climb Machu Picchu.

There are several ways to access Machu Picchu, ranging from eight-day treks to thirty-minute bus rides. But we opted for the one-day route where you climb from the town of Aguas Calientes up to Machu Picchu. The hike itself takes about an hour and a half, and we trekked nearly five miles and ascended over 1,300 feet on a stone staircase.

There weren’t many other people who chose this option, probably because the climb was… exhausting. But when we reached the top it was totally worth it. Instead of taking the fast track to the end, our sweaty brows and sore, shaky legs proved that we earned it!

But in my hurry to see the ruins, I haphazardly used my sunscreen stick and forgot to rub it in. So now, I’m on the beach in Colombia, looking like a zebra. Or as Rachel puts it, looking like “someone took an eraser to my tan.”  Thanks Rach!

Oh well! I’ll have plenty of sun over the next few days to even it out. And the scenery here can’t be beat. Although, getting to this island was no easy task. In fact, there were a few moments when we didn’t know if we would make it at all. Rachel and I booked this hotel yesterday morning, but we neglected to think about the logistics involved with moving ourselves to an island. And unfortunately, we literally missed the boat.

And after a few phone calls with the hotel, they set it up for us to take a truck with four-wheel drive. There is a bridge to this island, but the roads themselves are not really roads. The only car we passed on the drive was stuck in the sand on the beach and I worried that we were about to succumb to the same fate.

While we drove, I couldn’t help but marvel at the beauty of the sparkling ocean at sunset. It was a really unique, if not slightly dangerous, way to see the island. Luckily, we made it to our hotel about an hour later. And since then we’ve settled in to our few days of a stress-free agenda! 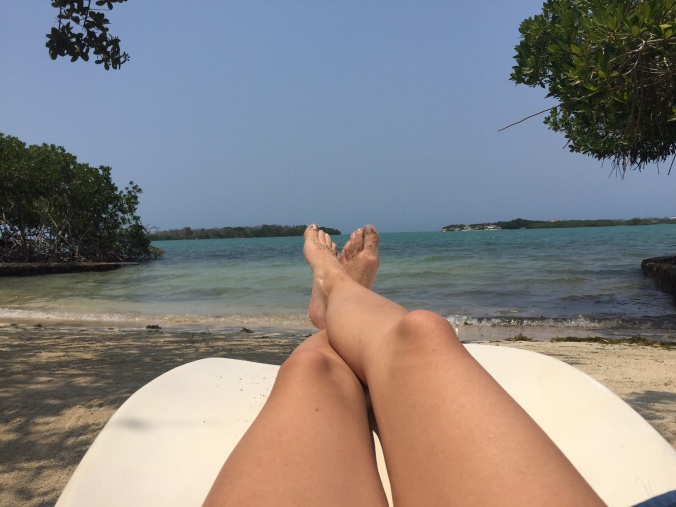 Thinking back on the trip to this beautiful place, I realize that the most memorable moments of our journey happened when we took the path less traveled. The times we chose to climb the mountain rather than take the bus, or drive through the sea rather than sail over it. It may take more time, sweat, and sunburn to do it this way, but in the end – it’s worth it. And that’s a lesson I want to take with me on this Great Enlivening. Well that… and sunscreen.