“Ok, I think we switch trains in Nishikujo and then catch the line for Osaka-Shin, and then we catch the bullet train… I think.” Katy says cautiously.

If there’s one thing we’ve learned since arriving in Japan a few days ago, it’s that the train systems are a bit complicated. Especially when you don’t understand or speak ANY Japanese. Well that’s not true. We each know two words – Konnichiwa (Hello) and Arigato (Thank You). And you’d be surprised how far this can take you! 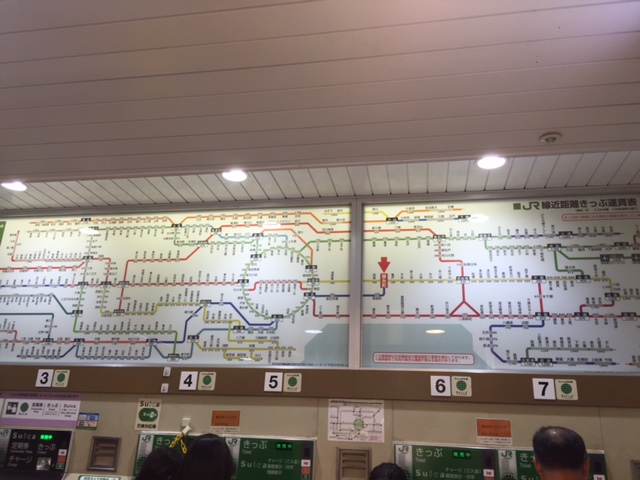 Today, we’re traveling from Osaka to Hiroshima. A trip that would take about five hours by car, but thanks to a combination of subways, streetcars and the infamous “bullet train” we should be there in about two and a half.

It looks like Katy’s directions are right-on, because somehow we manage to flawlessly make our first three transfers and soon we’re riding the bullet to Hiroshima.

“I’m really not sure what to expect.” I say to the girls as we pull into Hiroshima station. All I know about Hiroshima is that this was the site of the first atomic bombing in human history – an event that sparked the end of a war and the beginning of an international arms race.

A few minutes later, we exit the train and walk out of the station. Soon, we’re at our first tourist site, the “A-Dome.” The A-Dome used to be the cultural exhibition center of Hiroshima in the 1940’s.   It had a bright blue-green dome and was one of the city’s main landmarks. But today, it’s the only building in Hiroshima that was preserved to look exactly like it did on the day of the bombing. 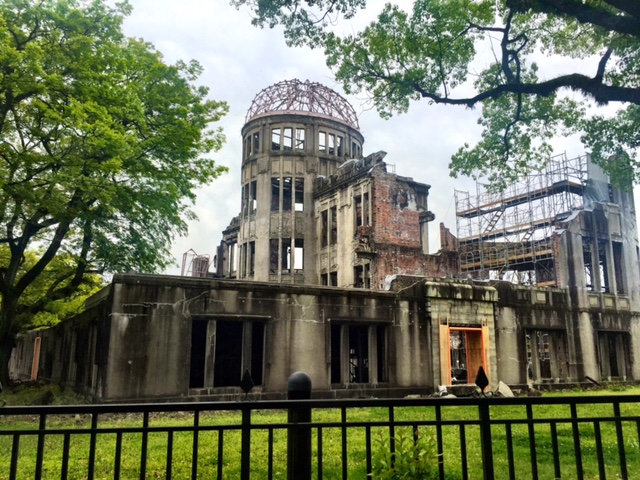 Today, Hiroshima is a bustling Japanese city, with crowded streets lined with storefronts and restaurants. So as I stare up at the melted iron of the A-Dome, I try to imagine the entire city in this state. And it’s nearly impossible. I can’t fathom how in the blink of an eye, the entire landscape of a city could be decimated. But it can, and it was. 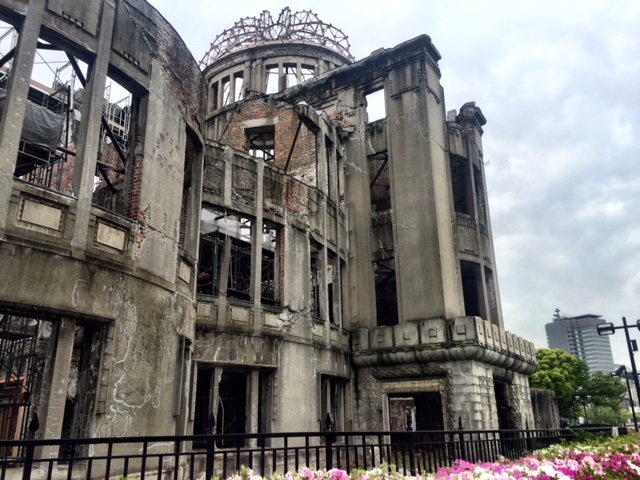 We walk a little further through Peace Memorial Park and end up at the museum. We pay our 200 Yen (about $1.75) and enter the exhibition. The first room details the events of the bombing on August 6, 1945. Pictures showcase the ruined buildings and the people with melted and tattered clothing. 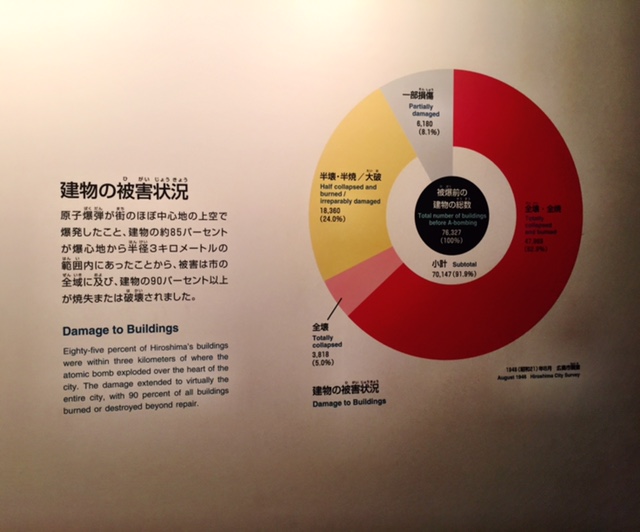 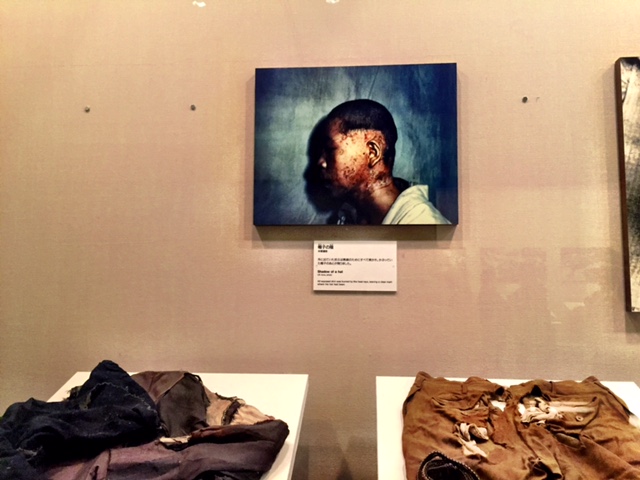 In the next room I see a melted lunchbox, and read the story on the plaque –

Shigeru Orimen was exposed to the bomb at his building demolition site 600 meters from the hypocenter. He was 13. When he failed to come home, his mother Shigeko went into the city to look for him. She walked all around the city. At dawn on the third day, she saw the body of a child curled in fetal position. Because the name “Orimen” was carved into the lunch box he was still clutching to his stomach, she knew the charred body was Shigeru. There was a hole in the lunchbox and the contents had been burned to coal. 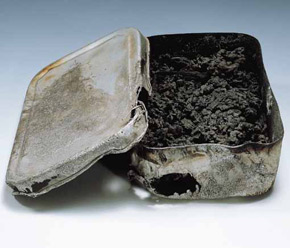 The room is filled with similar stories and fragments of lives lost. A melted tricycle, water bottle, and pocket watch all show the grizzly reality of that day. It’s a somber place to visit, especially as an American, but I’m glad we came. 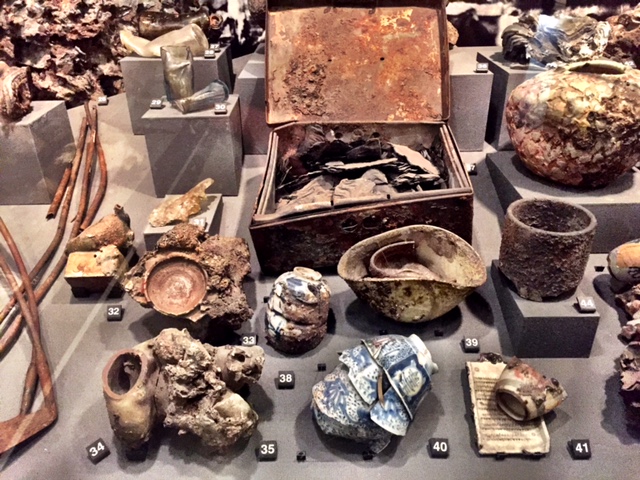 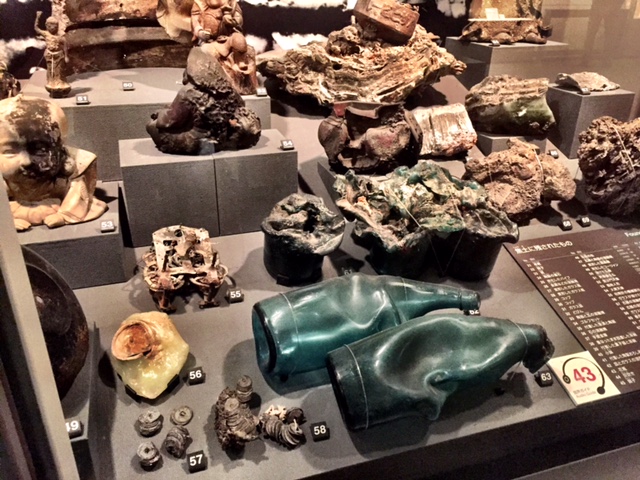 As I leave the exhibition, I see a notebook against the wall and a sign asking guests to write their impressions of the museum inside. I open the book and it falls to a page where someone has written “Are the Japanese still angry about the bombing?” And below there are several answers, but one catches my eye. It says, “No, we keep forgiving.”

When I read this, I’m struck by a thought – forgiveness is a process. Simple, yes, but I never thought of it that way before. Forgiveness isn’t a “one and done” phenomenon.  It’s continual.  I experienced that first-hand recently.  Sometimes I think I’ve mastered this “forgiveness business” and then someone sends me an email or forgets my birthday and BAM – I’m right back where I started.

I used to beat myself up about this.  I used to think that when things continued to bother me it meant that I wasn’t forgiving in the “right way.” But forgiveness is a process.  It doesn’t make the hurt go away, and it doesn’t take life back to “normal,” but it lets you move on.

Hiroshima was never the same after that August day, but they chose to keep forgiving. The same is true of my heart.  It’s not the same as it once was, but it’s a city ready to be rebuilt.  And while it took many years and tears to get to this place, here I am – an American, standing in Peace Memorial Park in Hiroshima, Japan.  Still remembering the past, but finding peace in the present.

I turn to a blank page in the notebook, and think about what to write. That’s when I remember the Japanese Garden Wishing Tree I saw in Buenos Aires, Argentina three months ago. I pulled a wish from the tree and it said “Pax. Amor. Felicidad.” Peace. Love. Happiness. 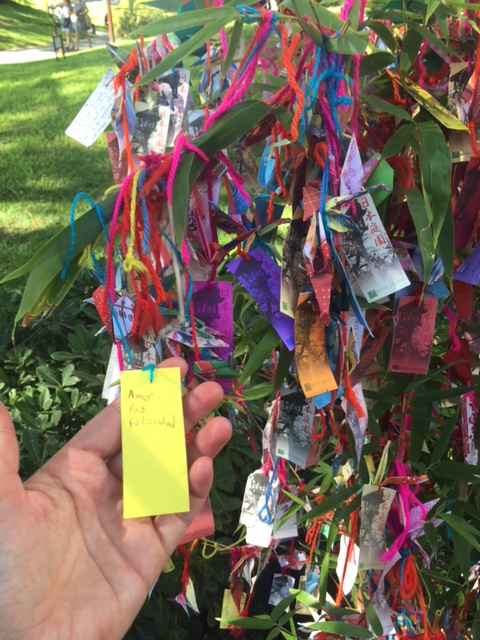 So that’s what I write.

We leave the museum and walk by the eternal flame. It’s always burning in memory of the 140,000 lives lost from the bombing. Because that’s just it – forgiving isn’t forgetting. It’s moving forward.  And if Hiroshima can do that, so can I.